It’s better to pay for the cars use not its cost. 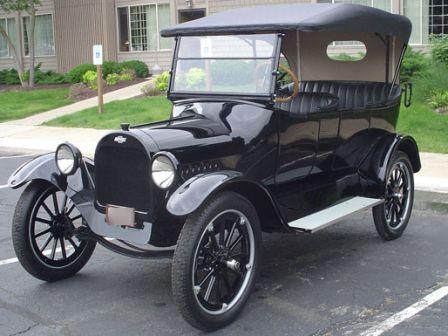 Perhaps this 1919 Chevrolet is one of the first cars ever financed. Our cars today have advanced and matured tremendously, yet we are still paying for them the same way they did 100 years ago.  Why, it really doesn’t make sense, it calls to mind Albert Einstein’s description of insanity “doing the same thing over and over again and expecting different results”. Every day clients call iAnglo Leasing asking for help to get out of their finance contracts or assistance in selling their cars.

The better way is to pay for the cars use not its cost, here is the proof.  Using the “national car of Israel the Mazda 3”, as an example consider the 2012 model, it celebrated it’s 3rd birthday on January 2015. In its first year on the road it lost 16.59%.  We are programmed to accept that loss since it must undergo its initial new car depreciation.  But why did it lose 13.86% in 2014?  Depreciation rates are supposed to slow significantly after the first and second year are they not?

Now if this whole picture is not blurry enough consider what happened between Jan1 2015 and Feb 1 2015 with the same 2014 Mazda 3.  In just 30 days it appreciated 2.88% (3000 NIS).  Did it suddenly become a classic car, everybody knows only classics hold or appreciate in value?  No this was an arbitrary market adjustment.

You see taxes were raised Jan 1 on all new cars sold in Israel, so since the new cars are going to be more expensive the used car dealers lobbied Levi Yitzak the publishers of the “mechiron” catalog to artificially inflate used car values to make up some of the losses last year and increase profits on their sale, nice don’t you think?

All the more reason to lease a new or late model used car.  Leasing establishes a payment that is good for you to use the car during that period, enjoy its warranty protection, and its future value guarantee.  If at the end of the contract, the market has cooperated you can buy it, if it has been brutal, as it was last year, give it back to the lease company and take another one.

Just a transplanted Texan living in the Land of land's, Israel. Started maintaining and repairing cars at 9 years of age in my father's auto shop (not sure how much of an asset I was at that time). Later I became interested in helping people find and finance these expensive and necessary machines. Check out the website see if I or my staff can be of assistance to you. View all posts by ianglo